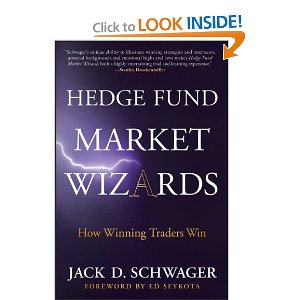 1. As long as no one cares about it, there is no trend. Would you be short Nasdaq in 1999? You can’t be short just because you think fundamentally something is overpriced.

2. All markets look liquid during the bubble (massive uptrend), but it’s the liquidity after the bubble ends that matters.

3. Markets tend to overdiscount the uncertainty related to identified risks. Conversely, markets tend to underdiscount risks that have not yet been expressly identified. Whenever the market is pointing at something and saying this is a risk to be concerned about, in my experience, most of the time, the risk ends up being not as bad as the market anticipated.

5. Traders focus almost entirely on where to enter a trade. In reality, the entry size is often more important than the entry price because if the size is too large, a trader will be more likely to exit a good trade on a meaningless adverse price move. The larger the position, the greater the danger that trading decisions will be driven by fear rather than by judgment and experience.

6. Virtually all traders experience periods when they are out of sync with the markets. When you are in a losing streak, you can’t turn the situation around by trying harder. When trading is going badly, Clark’s advice is to get out of everything and take a holiday. Liquidating positions will allow you to regain objectivity.

7. Staring at the screen all day is counterproductive. He believes that watching every tick will lead to both selling good positions prematurely and overtrading. He advises traders to find something else (preferably productive) to occupy part of their time to avoid the pitfalls of watching the market too closely.

8. When markets are trending up strongly, and there is bad news, the bad news counts for nothing. But if there is a break that reminds people what it is like to lose money in equities, then suddenly the buying is not mindless anymore. People start looking at the fundamentals, and in this case I knew the fundamentals were very ugly indeed.

9. Buying low-beta stocks is a common mistake investors make. Why would you ever want to own boring stocks? If the market goes down 40 percent for macro reasons, they’ll go down 20 percent. Wouldn’t you just rather own cash? And if the market goes up 50 percent, the boring stocks will go up only 10 percent. You have negatively asymmetric returns.

10. If a stock is extremely oversold—say, the RSI is at a three-year low—it will get me to take a closer look at it.8 Normally, if a stock is that brutalized, it means that whatever is killing it is probably already in the price. RSI doesn’t work as an overbought indicator because stocks can remain overbought for a very long time. But a stock being extremely oversold is usually an acute phenomenon that lasts for only a few weeks.

12. Normally, I let winners run and cut losers. In 2009, however, as a result of the posttraumatic effects of going through the September 2008 to February 2009 period—talking to clients who are going out of business and seeing 50 percent of your fund redeemed is all very wearing—I got into the habit of snatching quick 10 to 15 percent profits in individual positions. Most of these positions then went up another 35 to 40 percent. I consider my pattern of taking quick profits in 2009 a dreadful error that I think came about because I had lost a degree of confidence due to experiencing my first down year in 2008.

13. As an equity trader, I learned the short-selling lessons relatively early. There is no high for a concept stock. It is always better to be long before they have already moved a lot than to try to figure out where to go short.

14. Do you know what happens in a bull market? Prices open up lower and then go up for the rest of the day. In a bear market, they open up higher and go down for the rest of the day. When you get to the end of a bull market, prices start opening up higher. Prices behave that way because in the first half hour it is only the fools that are trading [pause] or people who are very smart.

15. Now that you have switched from net long to net short, what would get you long again? – Buying. If all of a sudden stocks stopped going down on bad news that would be a positive sign.

16. Lots of companies screen as being “cheap.” I think that it’s easy to avoid value traps. The trick is to stay away from companies that can’t grow their cash flow and increase intrinsic value…As Buffett says, “Time is the enemy of the poor business and the friend of the great business.”

17. If I wrote a book about a strategy that worked every month, or even every year, everyone would start using it, and it would stop working. Value investing doesn’t always work. The market doesn’t always agree with you. Over time, value is roughly the way the market prices stocks, but over the short term, which sometimes can be as long as two or three years, there are periods when it doesn’t work. And that is a very good thing. The fact that our value approach doesn’t work over periods of time is precisely the reason why it continues to work over the long term.

18. The institutionalization of the market has shortened time horizons—it has reduced the window of time managers have to outperform. Most managers can’t wait for two years for an investment to work. They have to perform now. Their institutional and individual clients appear to demand it through their money flows.

19. The single best-performing mutual fund for the entire decade was up 18 percent a year, on average, during a period when the market was flat, yet the average investor in that fund lost 8 percent. That is because every time the fund did well, people piled in, and every time it underperformed, people redeemed.