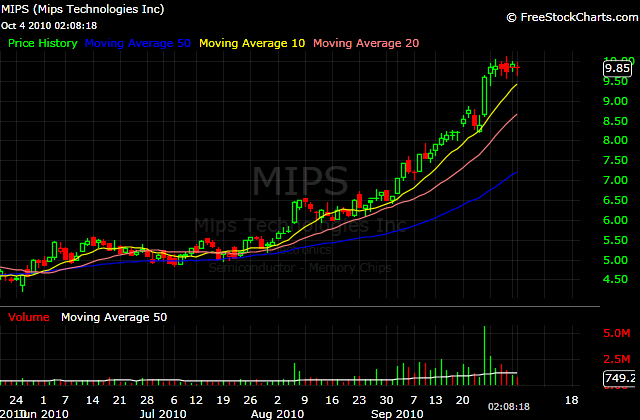 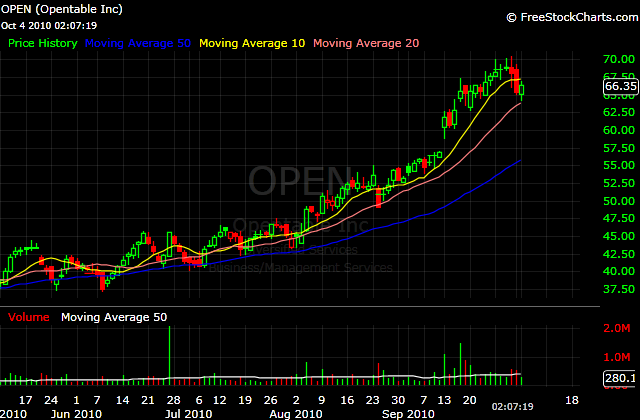 Every stock has its own character. Some tend to keep their 5 day MA during the bigger part of their uptrend, others tend to keep their rising 10, 20 or 50 day MAs. The shorter the MA, the stronger the demand for the underlying stock.

There is nothing magical about the major moving averages. If they worked a few times as a support in the recent past, a large number of market participants start to believe that those same levels will work again. When enough people act on their beliefs, their expectations turn into self fulfilling prophecies and the stock bounces again from the same moving average.

Why such declines and bounces occur? Many market participants are reluctant to buy new highs or stocks that are extended from their bases. The next logical buy point is a bounce from a major moving average. Remark that I mentioned a Bounce. Today I noticed many people on the StockTwits stream to blindly buy stocks that were close to their 20 and 50-day SMAs. Everyone has his own approach. I just think that this one hides too many underwater rocks. Those MAs are a potential zone of support, not a sure thing.

Institutions and market makers are well aware of the fact that many market participants tend to put their stop losses right below the 5,10, 20 or 50-day MAs of the stocks they own. This is why, it is not rare to see a stock to dip intraday below a major MA. Such dip shakes the weak hands off and the stock resumes higher. I am also using the major MAs as a stop, but I added a few extra conditions:

– the stock closes below a major MA that has played the role of support during the recent uptrend;

– an exit signal is given, when the stock penetrates the low of the day on which the stock closed below the relevant MA.

What is the logic behind this exit approach? A close below a major MA doesn’t signify the end of a trend. It just signals change in the pace of growth and the potential beginning of the new base. Exiting at the above mentioned signal makes sure that your capital is not locked in stocks that will move in a range for a while. With other words, you make sure that your capital is allocated to positions that move in the desired direction and move fast.

Last week, I mentioned that I am eying one of the StockTwits 50 stocks – $CTXS, to pullback to its rising 20 day MA before I consider entering it. I would never buy a stock just because it has declined to its rising 5, 10, 20 or 50 day SMA. I always wait first for a 3% bounce on above the average volume, before I commit any capital. 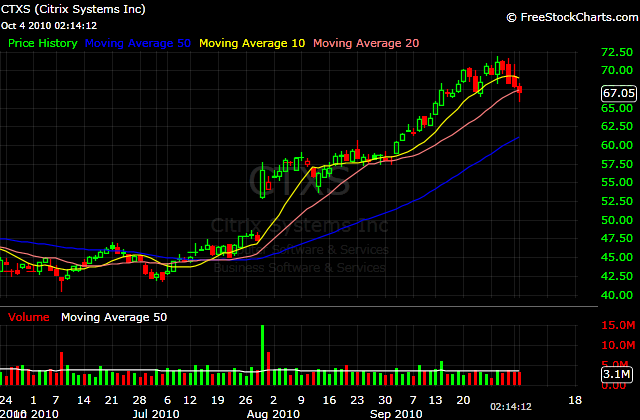