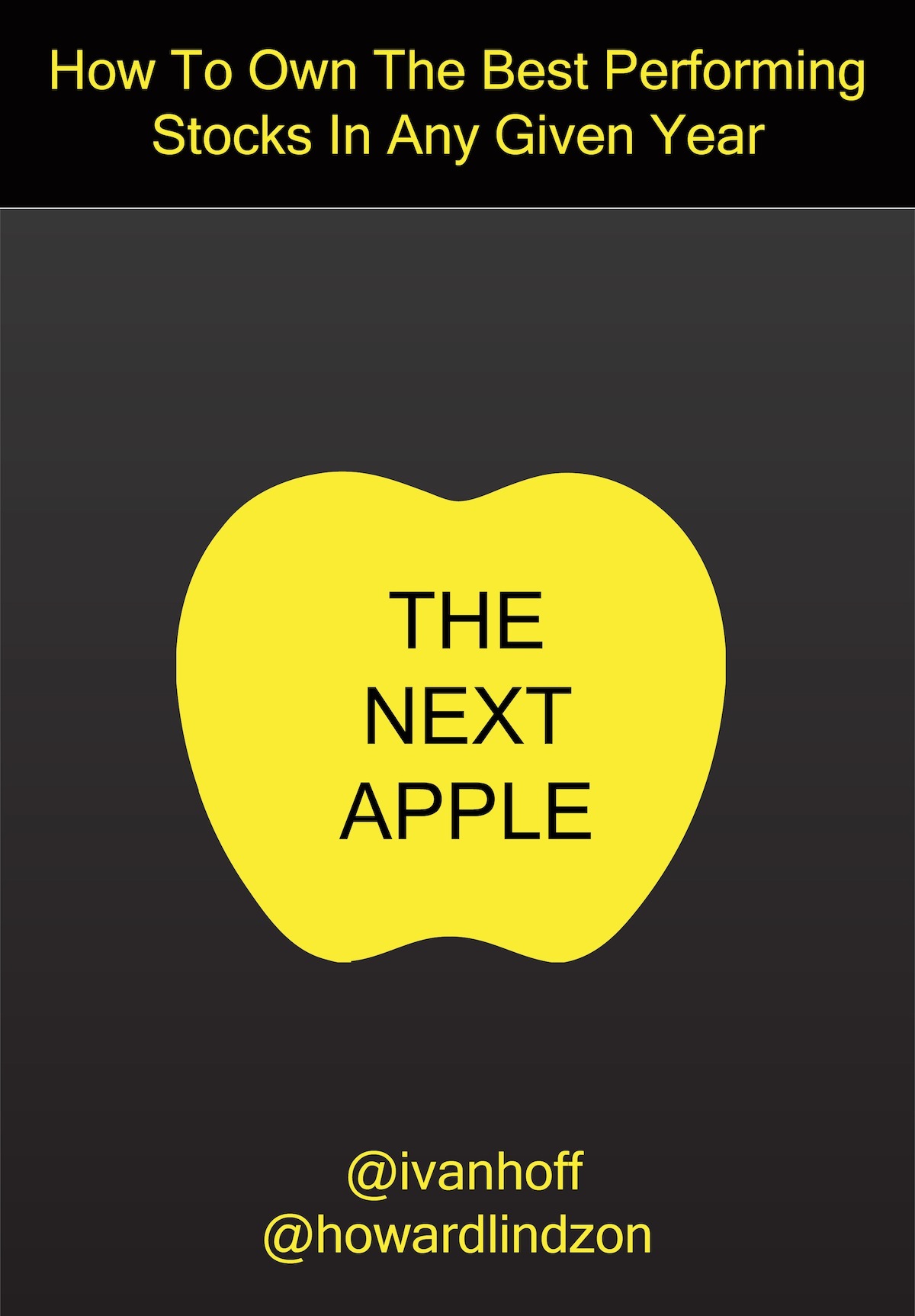 I have a new book out. I hope you enjoy it. Here’s the introduction:

“Change is the only constant.” This is one of the most frequently used expressions in the financial world. And it’s true – consider these early 2015 facts:

• Only 71 companies from the original 1955 Fortune 500 list remain today.
• Some of the biggest stock market winners of the new millennium were either near bankruptcy, small private companies or young IPOs 15 years ago. In other words, no one could predict how successful these companies would become, including the founders.
• None of the established big names from the 1990s turned out to be among the best performers in the 21st century.
• Some of the best performing stocks of the ‘80s and the ‘90s are bankrupt today or have been terrible investments in the new millennium.

In 2015, the world is more interconnected and changes faster than at any time in history. We live in an era where technology and society are evolving quicker than the ability of many organizations to adopt. Many simply cannot keep up with the pace of innovation, or after they reach certain size, they become too complacent and stop growing. Wall Street has never been a great forecaster, and the global, social, mobile world has only made forecasting and analyzing more difficult.

There are no sure things in the stock market. Nothing is promised or guaranteed to anyone. Yet every decade like clockwork, the stock market has delivered hundreds of stocks that go up 1000% or more. Even better, the best performing stocks have consistently shared similar characteristics.

The more the world changes, the more things stay the same. Patterns repeat in the financial markets. Only the names of the winning stocks change.

In the bull market run of the ‘90s, everyone won. Things turned upside-down after 2000. The first 10 years of the 21st century were not kind to the average investor. Some even ventured to call them the lost decade. The market survived several “once in a hundred years” crashes – in technology, housing and finance, yet at the end, most market averages recovered and made new all-time highs.

It took 13 years for the S & P 500 to substantially surpass its highs from the dot-com boom. If you invested a dollar in the S & P 500 in early 2000, you would have had a dollar by early 2013 – a dollar that would be worth a lot less at the time because of the diminishing impact of inflation on purchasing power. The S & P 500 basically delivered no returns for 13 years, but under the surface, there were huge winners among individual stocks. Fortunes were made and lost.

Ten-thousand dollars invested in Apple in 2003 is worth about $1.5 million in 2015. Despite two of the scariest recessions in financial history and enormous market volatility in the first 15 years of the millennium, the stock market provided the opportunity to invest in hundreds of stocks that went up 1000% or more.

The market is an opportunity machine. Some trends last only several quarters before they fade, while others continue for years and deliver fantastic returns. Sooner or later, though, every trend ends. This is not an opinion. It is a fact. Knowing when to sell is just as important as knowing what and when to buy.

This is not a book about the company Apple or its stock. This is a book about finding the next Apple or at least hundreds of “mini-Apples.” The next Apple could and should change your life. The good news is that over the next 10 years – in any 10-year period – there will be multiple stocks that will advance a 1000% or more. The principles in this book will improve your odds of finding those stocks and, more importantly, riding them until it makes a difference in your returns.

The quality of our lives depends on the decisions we make every day. It’s not a secret that the best return you will ever get is by investing in your own business. Not everyone has a brilliant idea and, more importantly, the means, the skills or the desire to build a great business. Let’s get real – how many could actually create the next Facebook, Apple, Under Armour or Tesla? Warren Buffett says that he prefers to own part of a wonderful company than 100% of a so-so business. Everyone could invest in companies with great potential and participate in their growth. The stock market gives you that opportunity, but you also have to learn how to play the game. You have to learn how to speak its language.

If your goal is to achieve average market returns, just consistently put money into low-cost indexes and get it over with. If you are going to spend time, effort and money on learning how to invest, make sure it’s worth it. The only reason to actively pick stocks is to achieve returns that will make a real dent in your universe.

When you are done with this book, you will know everything you need to know in order to find and profit from the next Apple, Starbucks and Tesla of the world. You will be a smarter and more knowledgeable investor.

Here is a brief sample of questions we answer in the book:

• Can you find the next Apple, Google or Tesla?
• Do what you love and success will follow is the most frequently given advice. Is “Invest in what you love/know” an equally bright idea?
• Does past performance impact future returns? The answer might surprise you.
• How to find the best performing stocks in any given year? It’s a little counter-intuitive, but if you do what everyone else does, you cannot expect to achieve superior results.
• George Soros says that sometimes the market could predict its own future. Is the market always correct, and more importantly, how does that affect you as an investor?
• Timing is everything in investing. When is the absolute best time to buy, and which stocks should you buy?
• Some trends last only several quarters before they fade while others continue for years and deliver fantastic returns. Sooner or later, every trend ends. This is not an opinion. It is a fact. How do you make sure you keep your profits when a trend inevitably ends?
• Why don’t you need to know the future in order to consistently make money in the stock market?

The only question that will remain is whether you will put that knowledge to work and create a better life for you and your closest people.

It is available on Amazon.

Prices don’t change when fundamentals change. Prices change when expectations change and the latter could change for various irrational reasons. By the time expectations are confirmed or disconfirmed by facts, most of the move might be already over. This is how financial markets often work. They price a future that hasn’t happened yet. As a result, they will sometimes price events that might never happen.

There is absolutely no need for Fed to raise interest rates in the next few months. Some say that Fed has to raise rates now, so it has some firing power when a recession comes. This sounds like a stupid marketing gimmick to me. It is like getting a patient sick, so you could treat him later.

Let’s look at the facts:

2. We are in a period of disinflation.

3. The incredible rise in U.S. Dollars will significantly slow economic growth and inflation down. The strengthening of the Dollar is a major tightening on its own.

4. U.S government bonds’ yield might be low, but they are much higher than what the rest of the developed world currently offers. At these rates, there are plenty of buyers for U.S. Treasuries. 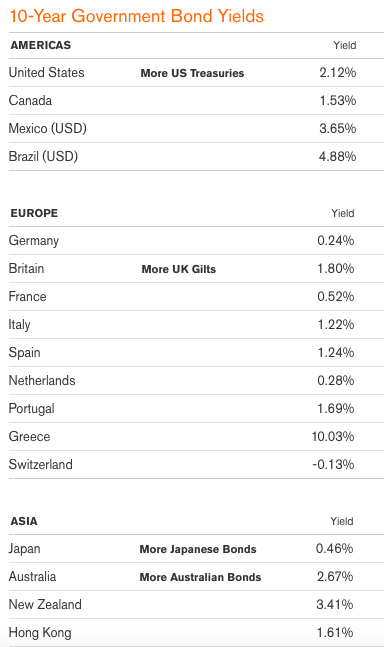 What does that mean for us as investors and traders? The notable spike in the U.S. Dollar is a major sting for multinationals, which derive a large portion of their revenue internationally. This is one of the reasons why large caps have been under so much pressure in the past few days. Many small caps are less dependent on Dollar’s fluctuations. The combination of a strong dollar and potentially not raising interest rates will create a favorable market environment for small caps, on a relative basis. In 2014, we saw a major market divergence – large caps substantially outperformed small caps. In 2015, we might see the opposite. 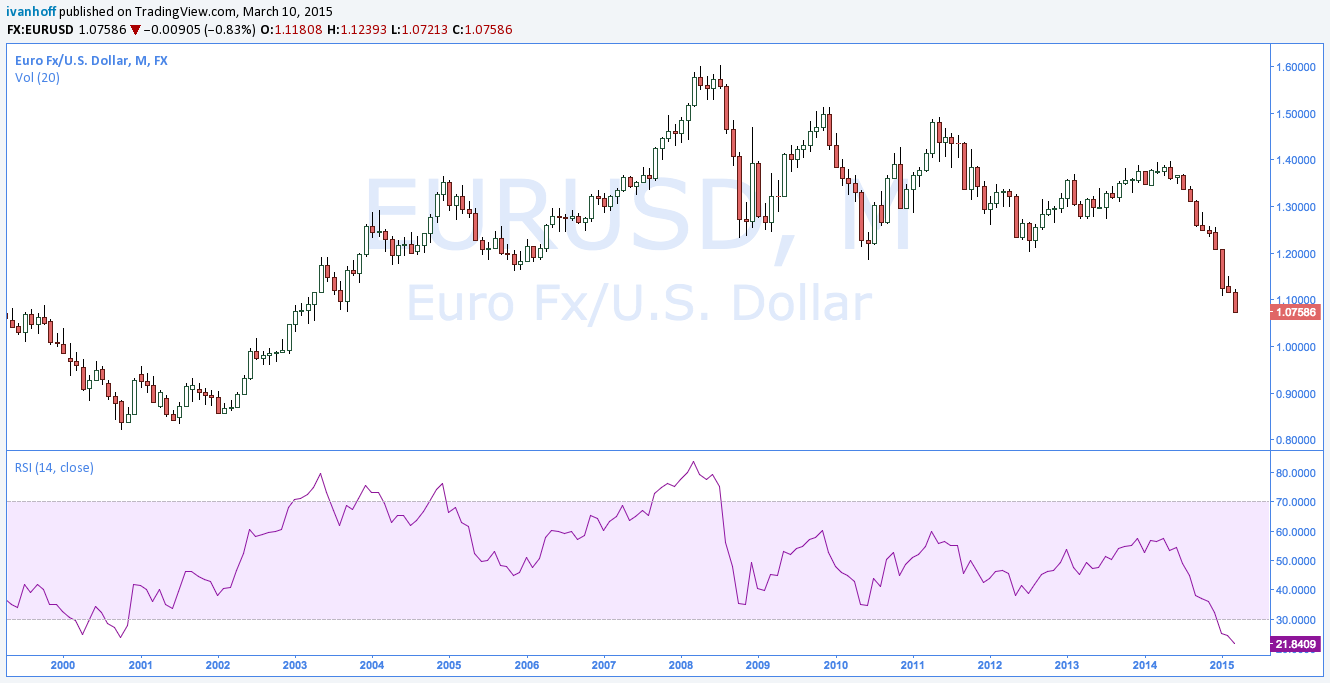 As the U.S. Dollar keeps making new multi-year highs against all major currencies around the world, everyone see what they want to see. Those who are long still see many skeptics and point out that every sustainable trend needs to climb a wall of worry. Those who are short or on the sidelines see too many bulls and ask who’s left to buy?

Confirmation bias is the tendency to search for or interpret information in a way that confirms one’s preconceptions and current market positions.

Howard Marks is as contrarian as they make them. Here’s his take on the subject:

• Contrarianism isn’t an approach that will make you money all of the time. Much of the time there aren’t great market excesses to bet against.
• Even when an excess does develop, it’s important to remember that “overpriced” is incredibly different from “going down tomorrow.”
• Markets can be over- or underpriced and stay that way—or become more so—for years. • It can be extremely painful when the trend is going against you.
• It can appear at times that “everyone” has reached the conclusion that the herd is wrong. What I mean is that contrarianism itself can appear to have become too popular, and thus contrarianism can be mistaken for herd behavior.
• Finally, it’s not enough to bet against the crowd. Given the difficulties associated with contrarianism just mentioned, the potentially profitable recognition of divergences from consensus thinking must be based on reason and analysis. You must do things not just because they’re the opposite of what the crowd is doing, but because you know why the crowd is wrong.