Today, $PCYC reached another multi-year high, which brought its YTD gain to a little over 300%. Its impressive performance is not what matters here. What is more important is that it left plenty of clues along the way that it was a major winner in the making.

While $SPY and $QQQ were in a free fall in mid-May; while almost every single stock was obliterated, $PCYC stood firm. Not only it stood firm, but on May 16/17 it was literally the only stock that broke out to new 10-year highs on above the average volume. It takes a lot of buying power and conviction to move a stock to major new highs when the indexes are down 2% for the day and the protection of capital is everyone’s main priority. What happened after the market turned back up in June and July? $PCYC doubled. 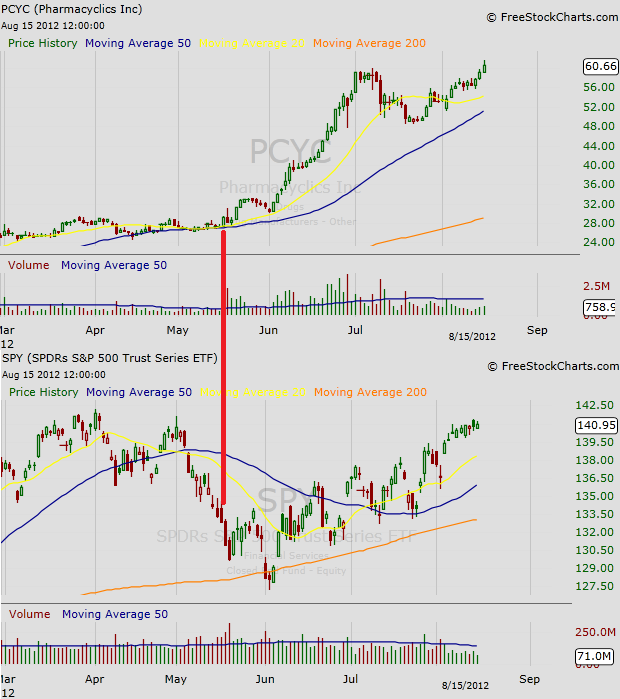 Another example. On May 3rd, $ELLI broke out to new all-time high after reporting strong earnings. At exactly the same time, the market was rolling over and it went into a 10% deep monthly correction. What did $ELLI do in the meantime? It went sideways, quietly being accumulated while almost everything around it was falling apart. True market leaders form bases during market corrections. Once the market snapped back, $ELLI resumed its upward gallop and went up another 65% in a couple months. 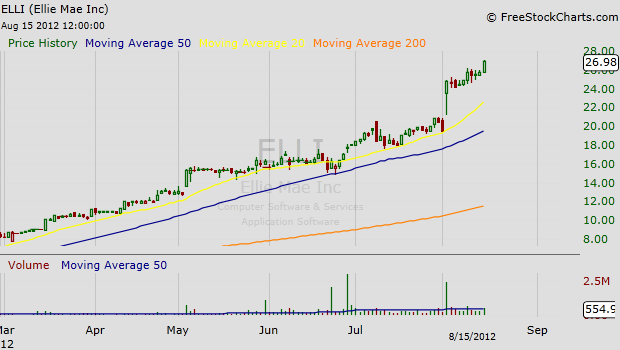 This equity selection method works even better when a whole group of stocks from the same industry exhibit relative strength. For example, take look at the price action in fertilizer stocks near the end of June – the time when the whole country was hit by a record heat and it became clear that the drought will substantially reduce this year’s grain crop. The market, which is a forward looking mechanism most of time, quickly discounted the drought by bidding up fertilizer stocks. Most notable was the relative strength on June 25, Monday: $SPY gaped down and finished the day lower. Fertilizer stocks ($CF, $MOS, $POT…) gaped up and finished the day above their opening print. Most of them went up 15-20% from there.

The above mentioned examples are not isolated cases. They happen all the time, several times a year. Only this summer, we saw similar group price patters in newspapers and refiners stocks. Relative strength is one of the most reliable equity selection methods.