The S & P 500 (large caps), the S & P Midcap 400 and Russell 2000 (small caps) closed at new all-time highs. People thought that the Nasdaq Composite will never go back to its dotcom bubbly highs, but here we sit in 2015 and the Qs are just 4% below their 2000 level. The difference this time is that they have the earnings to back it up. The story of the Nasdaq Composite is an extreme, but typical example of how momentum often works. Between 1975 and early 2000, the Nasdaq Composite went up 6500%. Then it had an 80% correction. In the late 90s, people thought that the Internet was going to change everything we do, which was reflected in the market. Those people were absolutely right, but very few of the Internet companies that went public in the late 90s managed to remain solvent before they figure out how to make money. Those that survived, thrived for the most part. 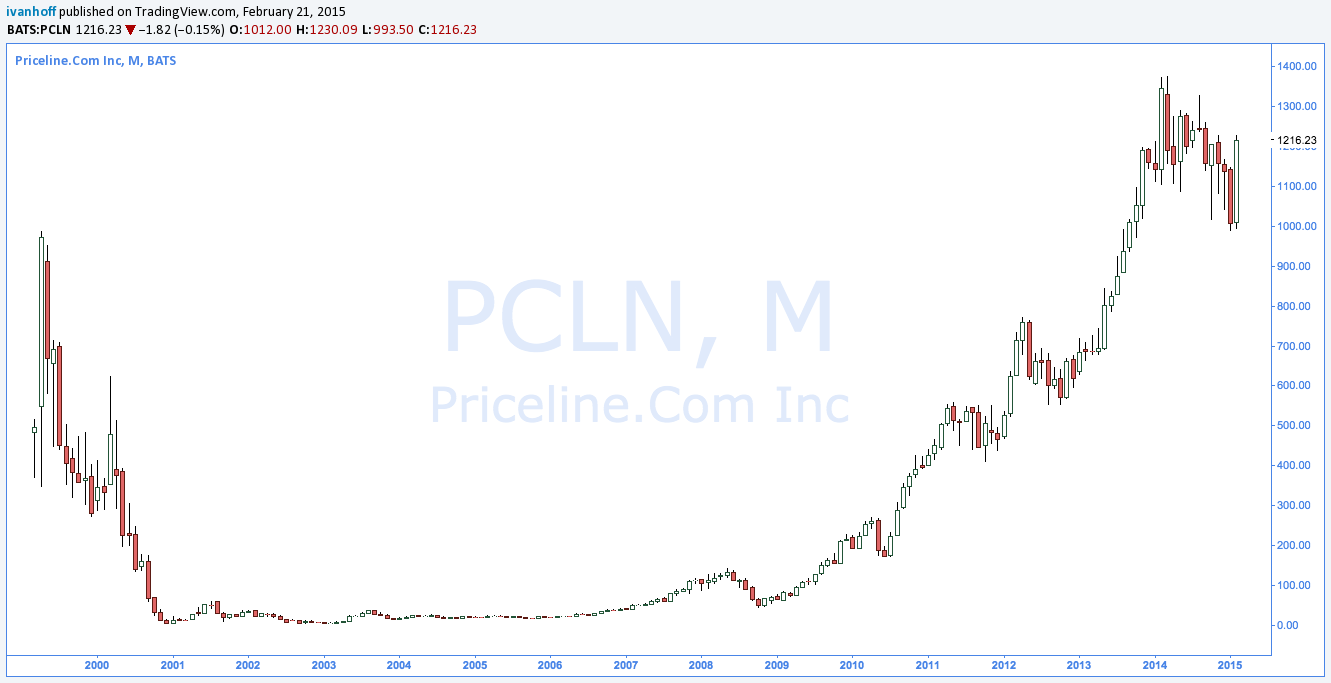 Check out my latest book and premium service.