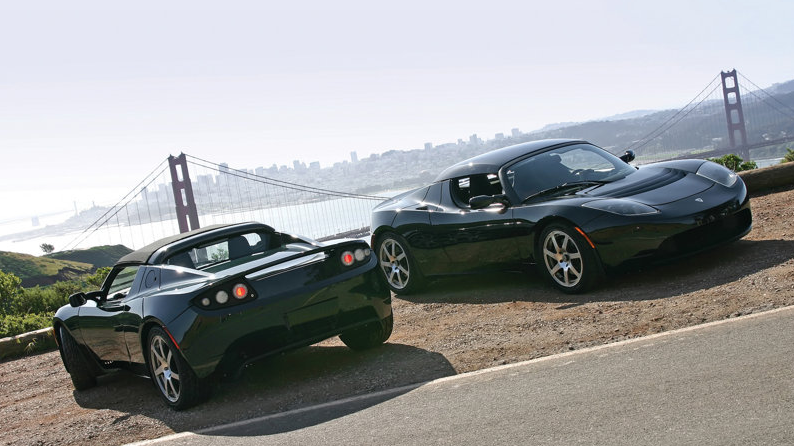 Here is how investing in growth stocks works.

The stock market is a forward-looking mechanism that discounts pro-actively, often 6 to 18 months into the future. Price momentum usually leads earnings and sales growth in the first phase of any long-term stock market trend. Then, if fundamentals don’t catch up, there’s a mean-reversion.

The market constantly discounts events and processes that haven’t happened yet. As a result, it will sometimes discount events that will never happen. With other words, sometimes is right, sometimes is wrong, but it is not stupid. It makes an assumption, sometimes based only on a good story, other times based on real fundamentals; it discounts that assumption pro-actively, but in the same time it is expecting positive feedback in terms of actual earnings and sales growth. If the latter don’t come, a correction follows. If earnings and sales growth numbers confirm and exceed market expectations, the trend continues.

In the case with Tesla, the stock had doubled in the six months preceding the announcement of it first profitable quarter. The market has been expecting and discounting that event. Apparently, a bull market and a large short float (40%) have contributed to the size of the move, but the story of Tesla is not too different than the story of many other high growth technology companies with innovative products. In 2003, Blackberries were the hottest phones on the market. Blackberry stock quadrupled in the 12 months leading to its profitable quarter. Then, in the next five years, it quadrupled a couple more times (that 16X for those who have missed math at school). 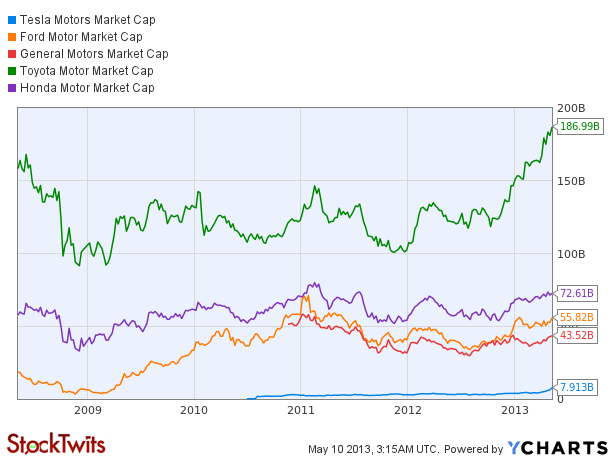 Elon Musk might not have the marketing genius and presentation skills of Steve Jobs, but he is a long-term thinker like Jeff Bezos. He has e detailed long-term plan of how Tesla is going to take over the world. First start with an expensive, high-margin sports model. Then gradually increase its scope by creating cheaper vehicles that could be afforded by a larger number of people. Tesla is not just an expensive toy for people with a lot of money. It is a freaken spaceship on wheels, which is technologically superior just like Apple’s products were 3-4 years ago. Consumer Reports just called them “the best car they have ever tested”. Most importantly, the early adopters love Tesla and talk about with with exclamation marks. The hardest group to please is loving Tesla. What they love today, many of us are likely to love 2-3 years from now.

If Elon’s plans work out, 10 years from now, Tesla’s market cap could easily be close to the big players of today as electric cars will be seen everywhere. What if in the future all cars are electric? Tesla is already licensing its superior technology to Daimler and Toyota.

Of course, there is always a chance that the company might turn out to be a flop. The market is currently giving Tesla the benefit of the doubt. It has discounted a bright future. Remember that the market is forward looking and myopic at the same time. It doesn’t discount too far into the future, and for a good reason. The further you go into the future, the higher the uncertainty. For a long-term price trend to be sustained, Tesla will need to deliver some serious earnings and sales growth. The good news for Tesla is that it has already made good money for a lot of its investors, which means that Elon Musk has earned their trust and patience, just like Jeff Bezos has done. This will give him more room to maneuver and experiment.

There will be the inevitable 40%-50% corrections along the way, but a $100 Billion market cap is achievable in the next 10 years. How many people do you think are going to ride the whole trend? If history is a good indicator, very few.