For most people, their house is their biggest investment. Some have done a lot better than others depending on the price they paid and the region they chose to live in. What very few realize is that investing in home improvement stores would have been a lot more lucrative. In fact, the best performing stock for the past 34 years is a home improvement store.

Today, Home Depot closed at new all-time highs near $126 per share. $5000 invested in its stock on its IPO day in 1981 is worth about $25 Million today. Very few stocks have managed to average 28% annual returns over the course of so many years. 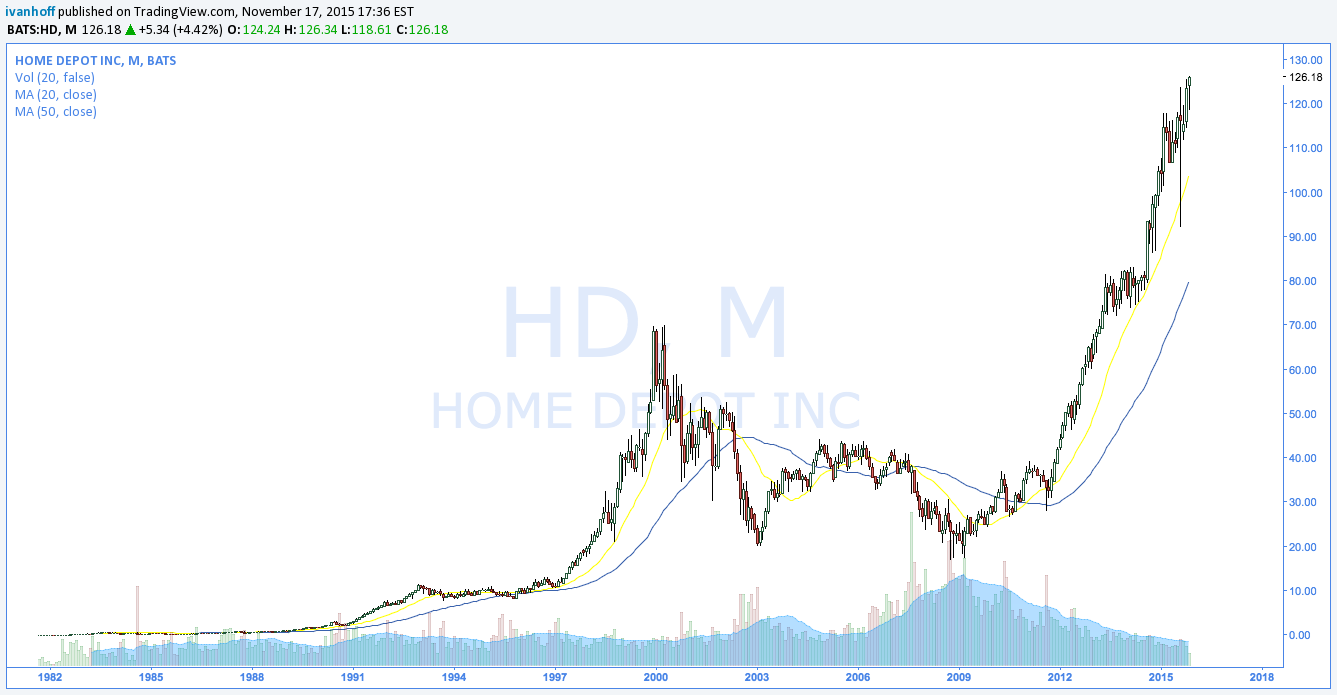 Of course, I write this with the benefit of hindsight. Finding stocks with great potential is a lot easier than holding them through the inevitable drawdowns they go through. For example, Home Depot had a 71% pullback during the bear market of early 2000s. Then, it had another 50% correction in 2007-2008. It takes a lot of conviction to hold a stock through such big setbacks. I would venture to say that the total number of individuals who bought Home Depot on its IPO day and are still holding it, is probably very close to zero.

Don’t forget that for each Home Depot that recovers from a 70% drawdown, there are 20 other story stocks that either never come back to new highs or they take decades to do so. A simple trend following system that would sell Home Depot every time it closes below its 20-month moving average and buys it back when it makes new 52-week highs would have achieved three results: