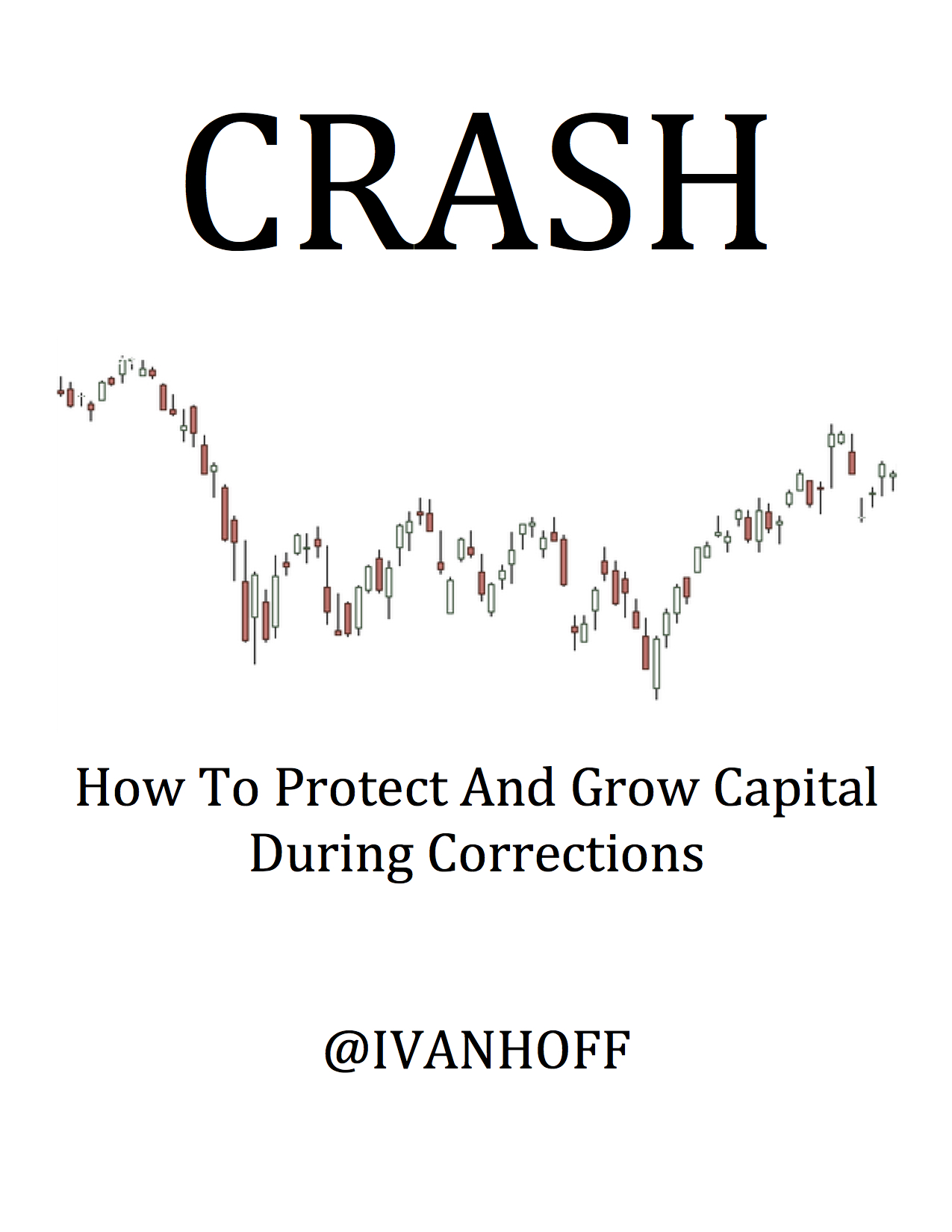 The odds of an investor experiencing a big market crash during his/her life are 100%.

A well-diversified portfolio might save you from losing money in any 10-year period, but it might also “save” you from achieving high returns over time. Diversification won’t save you from experiencing big drawdowns during market panics when correlations go to 1.00 and all assets move together up and down regardless of underlying fundamentals.

Paul Tudor Jones says that “once in a hundred years events” have started to occur every five years. Obviously, his comment is more of an anecdote than a statistical fact, but it is also a reflection of a timeless market truth – the obvious rarely happens, the unexpected constantly occurs.

Everyone could make a lot of money during market rallies when liquidity and performance chasing lift all boats and trump all bad news. Not everyone keeps that money when the inevitable correction comes.

Patterns repeat all the time because human mindset hasn’t changed for thousands of years. Since 1980, the S & P 500 has had an average intra-year decline of 14.2%. In 27 of last 35 years, stocks still finished positive for the year.

Corrections come a lot slower than anyone expects, but once they happen they escalate faster than most could imagine.

Each correction is preceded by distribution and weakening market breadth. Stocks top individually but tend to bottom as a group. At the lowest point of a correction, the fear of losing is substantially higher than the fear of missing out.

The typical correction has distinct stages that vary in duration and require different tactical approach:

1) Quick and wide-spread leg lower that ends with a momentum low.

3) Choppy period, that whipsaws both bulls and bears.

4) A Retest of the momentum lows with breadth divergence.

The history of U.S. stock markets has been a perpetual long-term uptrend interrupted occasionally, but very consistently by shocks. Most of those shocks take the form of short-term drawdowns that come and go. Some corrections turn into bear markets that last more than a year. They say that almost everyone loses money in bear markets – both bulls and bears. Bulls because they stubbornly hold on to positions in favorite companies and some stocks never recover from deep drawdowns. Bears because they get squeezed during the violent rallies that happen under declining 200-day moving averages. Bear markets should be respected, but they should not be feared. They require a different approach than what most are get used to in bull markets.

I wrote this book mainly to serve as my own guidance, to organize my thoughts and learn more in the process.
Keep in mind that everyone has his own agenda and bias, including me. The following pages present the perspective of a trader, who believes in active portfolio management and stock picking. The thought process and observations that I share here might not be suitable for everyone.

By reading this guideline, you will become better educated in the following subjects:

How to protect capital during market corrections

When to raise cash, take profits and sell long holdings

When and how to hedge

How to remain calm and protect your confidence during corrections

How to make money on the short side during market corrections

How to survive extremely choppy periods during market corrections

How to be flexible and prosper during long bear markets

How to recognize market bottoms

How to make money during market recoveries

How to use social media during corrections

The book is available on Amazon.