The S & P 500 managed to close barely positive for the day, but under the relatively calm surface there was some heavy selling pressure in ex-momentum leaders, namely $AMZN $PCLN $LULU among others. Meanwhile, fertilizers, gold and silver miners staged a massive comeback after lagging the general market over the past few days. In addition, many of the oil stocks are hovering near 52week high.

One day certainly does not make a trend, but given the expectations that any European bailout solution will involve some form of debt monetizing, gold and silver miners might have more room to run.

Don’t take anything for granted. So far, Europe has preffered to fight the debt crisis with austerity measures, so more steps in this direction should not be excluded. If this is the case, headlines won’t have the expected positive effect on gold and silver miners.

Keep in mind that I am looking at these stocks from a few days to a few weeks perspective and in such short time frame, price action itself could be a catalyst. Anyway top picks for the next few days: $XG and $RGLD with stops below today’s lows. 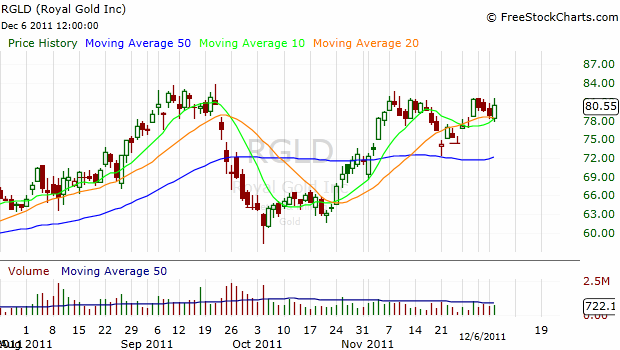 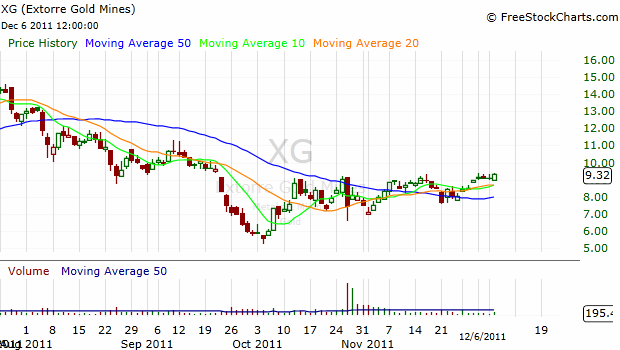