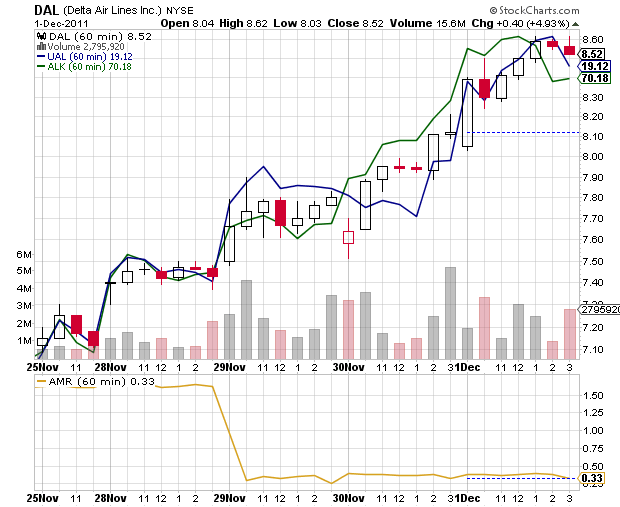 Earlier this week, AA became the last major U.S. Airline to file for Chapter 11 in an attempt to renegotiate labor costs with the unions. The event only came to remind us that bankruptcy has become an indispensable part of the Airlines’ business model. Plagued by higher regulation costs since 9/11, crude oil above $100 (it used to be $30 in 2003), exorbitant pension benefits and highly susceptible to the economic cycle, the typical Airlines stocks have historically been terrible investments.

By all intents and purposes, this is not a post to outline the flows of the Airline industry. The mainstream press has already done it. What most missed was that American Airlines’ bankruptcy turned out to be a positive catalyst for any other airline stock. $DAL, $UAL, $ALK, $LCC appreciated 15-20% in a few days. Certainly, part of the move could be attributed to the general market surge aka “a rising wave lifts all boats” effect, but the expectations for AA to cut some of its roads and benefit the rest of the carriers is also a major factor.