There is a lot of placebo effect in capital markets.  Just like the price of Nike sneakers consists of tangible value (they provide all the benefits other sport shoes provide) and intangible value (the fame of the brand), the price of any stock reflects underlying fundamentals, expectations about future growth and current sentiment. Each of those three elements can have a positive or negative contribution towards the price of any stock at the different stages of its life cycle.

Technical levels (previous zone of support and resistance, recent bottoms and tops, Moving averages) are not events in the typical sense of the word, but they also impact expectations.

They often work as self-fulfilling prophecies – when enough eyes are looking at the same level and act, expectations could turn into reality. 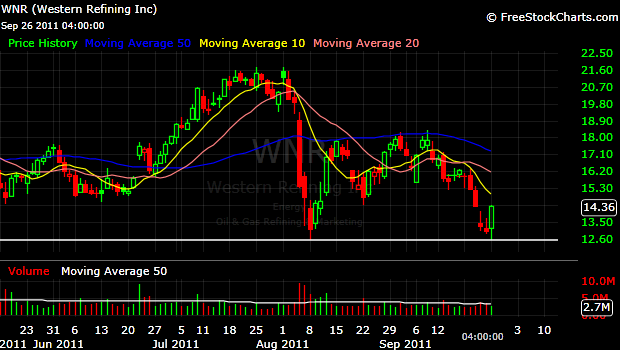 It doesn’t always work so flawlessly and honestly often such obvious levels of potential buying interest don’t work at all.

Such types of mean-reversion trades are alluring for their good risk to reward, but they can be really tricky. Stocks will often overshoot the obvious levels only to stop a good number of market participants and reverse higher. In other cases, they will reverse higher a few per cents before the obvious level of potential support is reached. leaving behind those who waited for that level.

In general, mean-reversion setups are dangerous. You need to know your weaknesses very well and practice flawless discipline to even consider playing them. Small stops provide good risk to reward, but will take you out often in such setups. Mental stops could be disastrous for those who can’t act on them. Overall, it is better to not play mean reversion at all or to play it with very small positions.

Charting (Technical Analysis) is like reading footsteps. It doesn’t only reveal the past. It gives clues about the likely direction in the near term future. It provides an understanding of likely future behavior, based on deeply ingrained psychological biases and personal incentives. When elephants dance, they leave traces. When institutions buy, they can’t hide their hands. Here is what I said about the subject in my chapter of The StockTwits Edge:

Financial markets move in cycles that are defined by institutional capital
allocation. When institutions buy or sell, they do so in volume and leave clear
traces for the experienced eye…

The bulk of the directional market moves tend to happen in just 10 – 15% of
the trading days. The rest is nothing more than noise in a range. I am looking for
the event that signals the beginning of a powerful, new trend. How does this
signal look like? Simply said – it is high-volume price expansion:

 High volume (at least 3 times the 20-day average daily volume);
 Price expansion (at least 2 times the average true range for the last 20
days and a minimum of a 10% move)…

Such combination of price and volume action guarantees institutional
involvement. My logic is simple – when institutions buy, they leave traces. They
are heavy, slow buyers; therefore I have enough time to enter and exit as they
build their position.

BTW, Peter Brandt has a good post on the subject and as usual, his perspective is worth perusing. 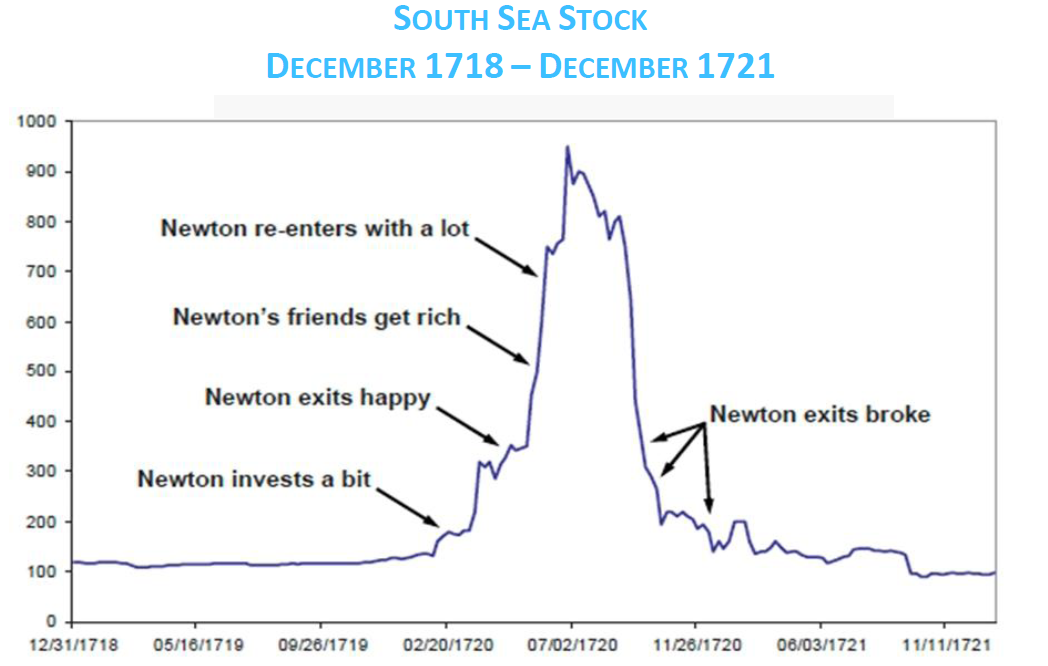 Issac Newton is probably one of the most brilliant men ever lived on this planet, but even he lost a fortune when the so called South Sea Bubble bursted. Shortly after the crash, he reportedly declared that:

“I can calculate the motion of heavenly bodies, but not the madness of people.”

Mebane Faber has an interesting paper on Bubbles that is well worth closer examination:

Across twelve market bubbles we find that a trendfollowing system would have improved return while reducing volatility. Most importantly, it would have reduced drawdowns significantly leading to the most important rule in all of investing – surviving to invest another day.

Bubbles happen much more often that most people expect. They also lasts longer and become bigger than most expect.

A fellow student of bubbles, Jeremy Grantham at Grantham, Mayo, Van Otterloo and Co. (GMO) has collected data on over 330 bubbles in his historical studies. He points out in a recent research piece “Time to Wake Up: Days of Abundant Resources and Falling Prices are Over Forever”, that one of the key difficulties is distinguishing when a bubble is indeed occurring, and when there actually is a paradigm shift. When is this time really different?

During a typical bubble, an asset appreciates several hundred to several thousand per cent in a short period of time and then it comes all the way back where it started and even below in many cases. If you just buy and hold, you end with no gain at the best case scenario. But what happens, if you apply a simple trend following strategy, which always involves an entry and exit plan based on some derivative of price. In his research, Faber uses 10-month simple moving average as a benchmark.

Our research demonstrates that a trendfollowing approach improved returns in every bubble (except one) and reduced volatility and drawdown in all twelve of them. 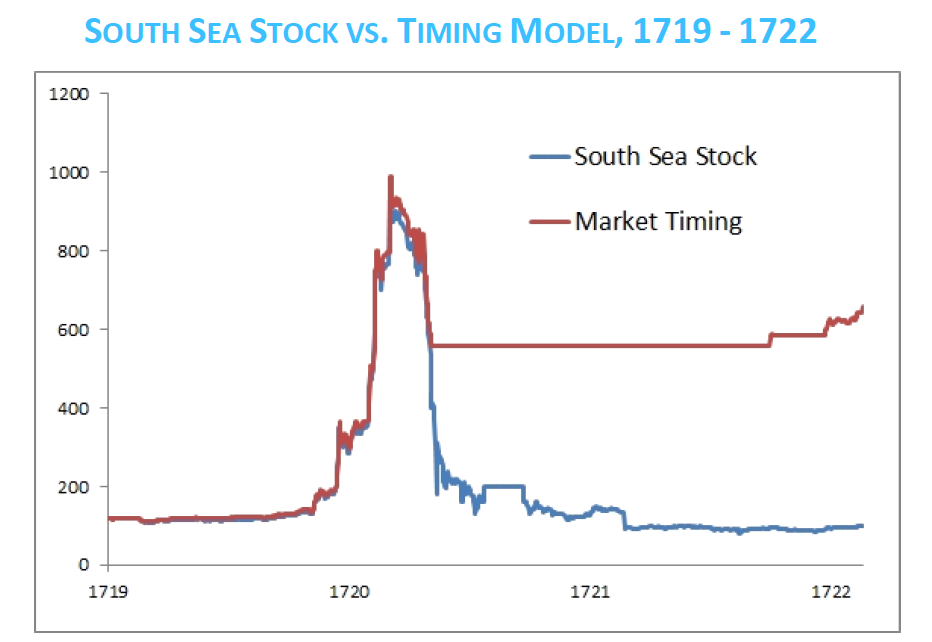 There are different derivatives of price that could be used as a trailing stop in trend following – Average True Range, Trend lines, Simple and Exponential Moving Averages. The purpose of a trailing stop is to keep you long enough in a trade, so it could make a difference in your overall performance and also to protect your gains after the trend inevitably ends.

The subject of figuring out where to add to a position and where to take partial profits is way more nuanced and I am not going to elaborate on it here.