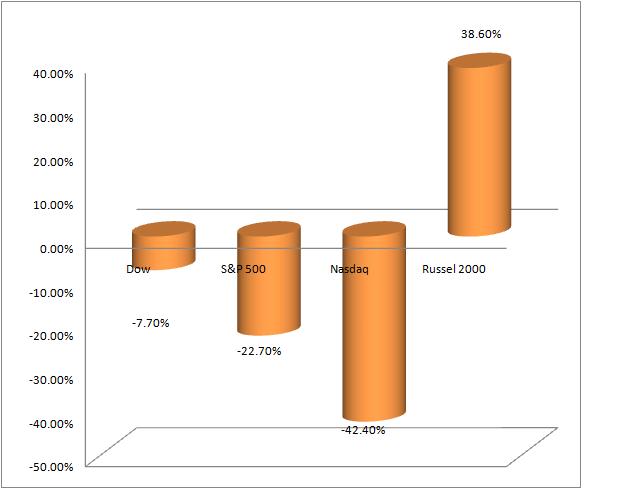 In January 2000 market participants were willing to pay about 146 for one share of SPY. 10 years later, the bid is slightly above 112 – approximately 22% discount. The dividends paid over the last decade (between 1 and 3% annually) offset the bigger portion of the capital loss, but are not nearly enough to compensate for the taken risk and the diminished purchasing power of the US Dollar. At the beginning of the decade $1 was essentially equal to €1; 1.45 CAD, 105 JPY, 1.57 CHF, Today $1 can buy €0.70, 1.04 CAD, 92 JPY, 1.04 CHF. As the debt level and budget deficit of one country rise faster than its GDP, it is natural for investors to be willing to pay less and less for its currency.

Small caps, measured by Russell 2000, outperformed all other benchmark indexes significantly. As your investing horizon becomes longer, the probability of a portfolio of small cap stocks to outperform S&P 500, increases. Small caps are considered more sensitive to changes in the economy. They tend to outperform in periods of higher nominal GDP growth (derived from productivity and inflation) and underperform  in deflationary periods.

Not all sectors were created equal. Low interest rates, weak dollar and robust growth of the Chinese economy helped Energy and Basic Material Stocks to outperform substantially. History rhymes itself. Commodities provided outstanding returns during the 70s and early 80s. The next 15 years they were among the worst performers, only to start shining again in the beginning of the 21 century. 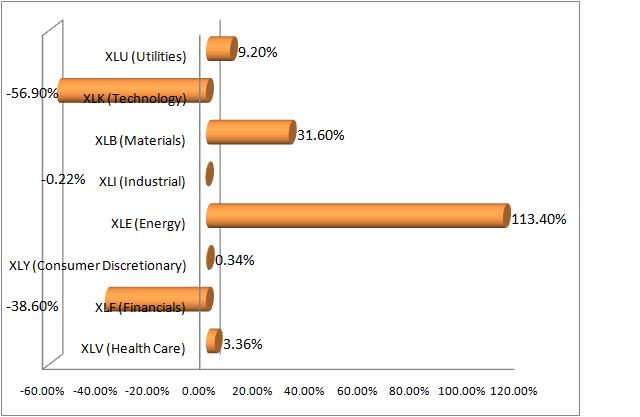 Value stocks outperformed growth stocks in terms of capital gains and in terms of dividends (paying between 2.5 and 4 times bigger dividends annually) 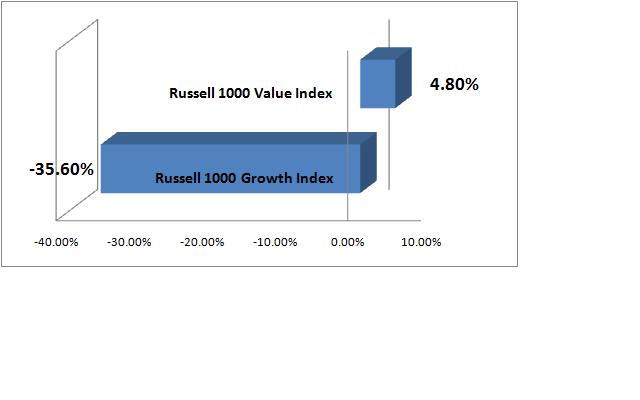 Growth stocks tend to outperform during periods of economic pessimism and deflationary pressures. The nominal earnings growth is scarce and the few companies that manage to grow, get all the investors’ attention and money. Value stocks tend to do better in periods of economic optimism, inflationary pressures and abundance of nominal earnings growth. The stocks that are growing nominal earnings are so many that growth itself is not a sufficient indicator for future outperformance. In such periods, in addition to impressive growth characteristics, investors will also be looking for alluring valuations.

Nominal earnings’ growth of a company is a derivative of three functions:

1) An increase in output. More units are sold without having to accept lower margin. A company sells more products/services to its current customers or it grows its customers’ base.

2) Inflation. It is sector specific and it has positive effect on a company’s bottom line if the price of its output is rising faster than the price of its input. The reverse effect happens, if the input costs rise, but a company is not able to transfer that increase to its customers, which leads to margin squeeze.

3) Productivity: a company is able to create one unit (good  or service) cheaper due to new technology.

As an asset class, stocks clearly underperformed during the last decade. Comparing prices at the beginning of the decade with prices at the end of the decade is superficial and it doesn’t reveal the big picture. The first 10 years of 21st century were the most volatile ever recorded in the financial history of the world. Despite S&P 500 negative growth, equities actually offered thousands of opportunities for smart investors. Gigantic wealths were created in the stock market, gigantic wealths were destroyed. 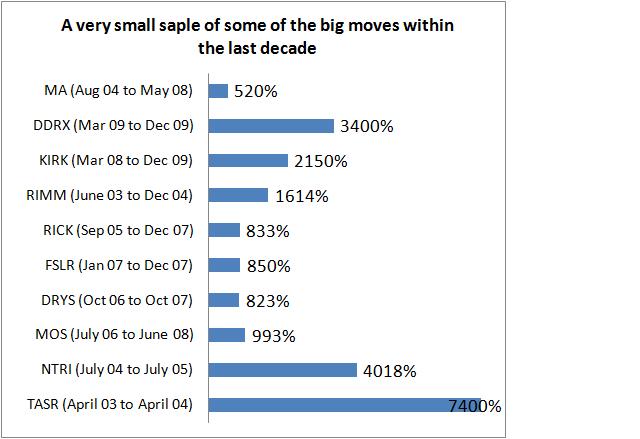 If I learned something during the past decade, it is that sooner or later all great trends end  due to two simple reasons:

2) At some point investors’ expectations start to rise faster that the company’s ability to grow earnings and this marks the beginning of the end. 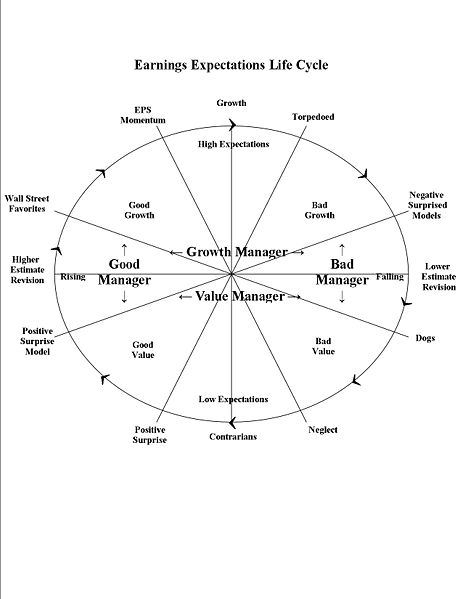 The Earnings Expectations Life Cycle is a theory developed by Richard Bernstein. It describes the dynamic process with which market participants view stocks. Despite what  we might think about a favorite stock, the expectations for all stocks follow this cycle, although those for individual stocks may not pass through every point on the cycle and expectations may go around the cycle at different speeds. In addition, stocks may go through minicycles in which they repeat portions of the larger cycle before passing to the next stage.

The Earnings expectations cycle consists of the following stages:

“It is often said by experienced investors that the equity market discounts future events. Investors who support that contention believe that if you wait for an event to occur before investing, then you would probably be too late because the investment implications would already have been priced into the particular investment.

The notion that the equity market discounts future events necessarily leads us to the conclusion that the equity  market prices stocks based on perception rather than on reality. Future events that are supposedly being discounted have not yet occurred. Therefore, stock price movements reflect investors’ changing perceptions of what will occur, but not what will certainly occur. If the market were able to discount an event with complete certainty, then we would not worry about volatility or risk.”